A £1billion investment through the Belfast Region City Deal will be transformative for the regional economy and local people, Executive Ministers have said today.

The Belfast Region City Deal, which includes £350million funding from the Executive, is an investment across six council areas, which will deliver 20 projects across the region.

First Minister Paul Givan said: “It is, by any measure, a monumental investment when you look at the overall figures. But it is more than justified when you consider the outcomes.

“We’re funding the great potential that exists here, and the promise of a brighter, better tomorrow. As an Executive, we support the innovation and optimism which exists not just here in Belfast, but across the region. And we want to see Northern Ireland thrive.

“Our four City and Growth Deals will help to tackle regional imbalance and allow for additional regional regeneration. They will deliver a balanced spread of benefits across Northern Ireland, expanding connectivity and improving the lives of all our citizens.”

Deputy First Minister Michelle O’Neill said: “City Deals are an investment in our future. The Executive is committed to realising the economic potential they offer and maximising the opportunities they present for all.

“The Belfast Region City Deal will be truly transformative for the regional economy and for the people of the area. The scale of the investment reflects the enormous ambition, potential and capability, which is present throughout this whole region. Today’s milestone signing is a significant achievement for all the partners who have worked tirelessly to deliver this Deal and it is an excellent example of what can be achieved when we work together to co-design and co-deliver for the benefit of all our people.”

Finance Minister Conor Murphy said: “This £1billion investment is a game changer for the north. The projects funded by this Deal will create thousands of jobs right across the region. Social value criteria will be used in the award of contracts delivering strong social and environmental benefits including Living Wage jobs.”

Economy Minister Gordon Lyons said: “The funding provided for the Belfast Region City Deal brings a once in a generation investment opportunity in key sectors of our economy. I am keen to drive momentum and support the councils and universities to start delivering projects and this deal provides an important platform as we look to rebuild our economy and drive sustained and inclusive growth.

It supports my Department’s 10X vision by focusing on our strengths and where Northern Ireland can be a global leader within the next decade. The Belfast Region City Deal will provide the environment for local companies to innovate and grow as well as be attractive for inward investment. With the aim to create over 20,000 new jobs the positive impact of the investment will be felt both in Belfast and across Northern Ireland.”

Communities Minister Deirdre Hargey said: “During my time as Mayor of Belfast I was a signatory to the Belfast Region City Deal Heads of Terms document so it gives me enormous satisfaction to see the vision of that document now realised into the programme of exciting projects which will transform the social and economic fabric of the region. My Department will continue to play a leading role as we work with the councils to deliver the regeneration projects for Bangor, Carrick and Newry which will help to create thousands of jobs and provide a massive boost to the local economy.”

Infrastructure Minister Nichola Mallon said: “I am committed to supporting the delivery of our City and Growth Deals as I believe they have the potential to enhance our economy and increase opportunities for our communities.

“I very much welcome the priority that has been given by the Belfast Region City Deal Partners to advancing the Newry Southern Relief Road and the new Lagan Pedestrian and Cycle Bridge linking Ormeau Park with the Gasworks. I am also encouraged by the allocation of significant funding to facilitate the future extension of Belfast Rapid Transit (BRT2) to the north and south of the city.

“The Newry Southern Relief Road project will improve connectivity across this island while also reducing traffic flows, lowering emissions and improving air quality within the city of Newry. The new Lagan bridge and BRT2, if full funding can be secured for the latter, will each play distinctive roles in encouraging further active travel and modal shift within Belfast.” 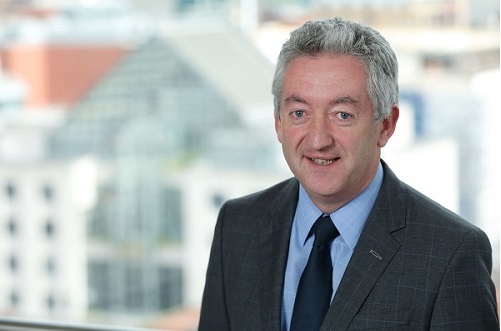 “The tourism investment announced today under the City Deal is the next transformational step on our journey to establish Northern Ireland as leading destination. Tourism has been a huge economic success story over the last decade, generating income in excess of £1bn, almost £740m of which was out of state earnings. Between 2012 and 2019 the sector grew by almost 50% and generated 13,000 new jobs across every part of Northern Ireland, double the job creation rate of any sector outside tourism and hospitality”.

“Today’s announcement allows us to add to the already well established, internationally recognised attractions such as Titanic Belfast and the Giant’s Causeway, through the creation of new world class attractions, and the upgrading of a number of existing attractions. It will help make Northern Ireland more accessible to visitors and encourage them to stay longer and spend more, ensuring that tourism can continue to contribute to a sustainable, regionally balanced and inclusive economy”.

“As the global tourism sector emerges from the devastating impact of the Covid pandemic, today’s announcement sends an optimistic and positive message to the international travel industry that Northern Ireland has an outstanding tourism offering, is open for business and is focused on future growth.”